In an extensive project of Intercem Engineering GmbH, a leading provider of holistic solutions for the cement industry, 3D laser scanning technology was used for surveying. The project consisted of extensive tasks: on the one hand, a conversion of an existing filter on a concrete building. On the other hand, the installation of a new cyclone with filter system in the existing concrete framework of a heat exchanger. 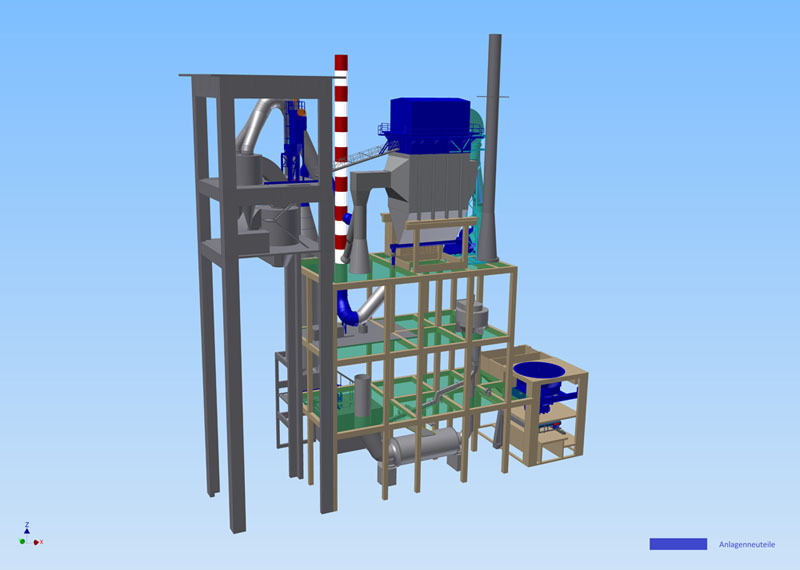 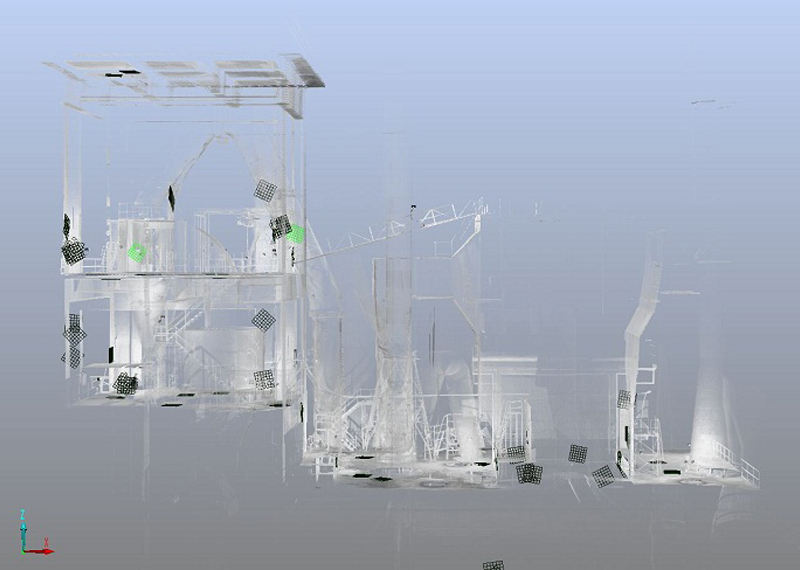 A complete and highly accurate as-built documentation was required as a basis for the planning of the rebuild or installation. To avoid costly rework, 3D laser scanning was used to record the areas in question. The process proved to be fast, efficient and safe. Even areas that were difficult to access could be documented in detail thanks to the pinpoint accuracy of the recording. Laser scanning was used to generate real images of the scanned objects. These provided an optimum planning basis for precisely fitting prefabrication and consequently reduced the costs for conversion and installation. A laser scanner from FARO was used for this project. For the conversion of the filter system, 7 scans were made. A further 10 scans covered the heat exchanger. The mapping of the measurement results from the point cloud was done in FARO Scene. The point clouds were merged and then the floor plans were created. The final modeling of the resulting CAD data was done in Inventor. What was the contribution of PointCab Origins? In PointCab Origins, it was possible to quickly and easily define any sections in the floor plan. The subsequent import of the CAD data and its modeling in Inventor was surprisingly easy. Thus, thanks to PointCab Origins, an optimal planning basis was quickly created.

Even the most extensive point cloud data can be evaluated easily and quickly with PointCab Origins.

The information of the evaluated point cloud data can be easily and quickly transferred to Inventor.

PointCab’s support is characterized by comprehensive expertise and individual attention.

We were able to use FARO laser scanner data as floor plans in Inventor thanks to PointCab Origins.
Intercem Engineering GmbH

The Intercem Group is a leading company for the delivery of integrated solutions for cement plant operators. Also investors looking for a way into the cement industry will find in Intercem the right partner for planning, detail engineering and project execution of greenfield projects. Our specialty is the conversion and modernization of production facilities such as grinding and packing plants, rotary kilns for clinker production, etc. Our concepts, machines and services are state of the art. https://www.intercem.de/